Gearing up for Business 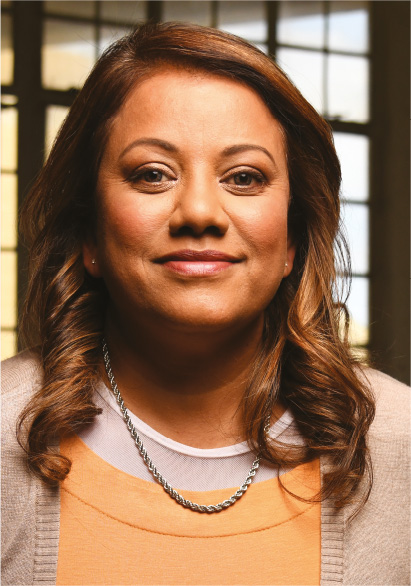 Twenty-seven years ago, a young couple decided to go for broke – armed with only one sewing machine, R23.00 and a passion to build a sustainable business.

Mohamed and Zuraida Saib started ZA Gear as a two-man show in 1994 and by 2020 they were a formidable player in the textile manufacturing industry, employing 200 people at their Mayville factory. Failure was never an option for this husband and wife duo who entered the textile sector at its peak, and were able to re-invent themselves when the industry was hard hit by cheaper imports.

When the company’s bottom line was impacted by Covid-19, their commitment to ensuring business continuity and providing world-class training was put to the test.

Whilst the Saibs’ plan to realise their goal of being a Design House that incubates a network of development factories owned by their trainees was well underway and had confirmed orders, they suffered another blow. On the 12th of July when the social unrest erupted their factory was burned down. Some of their machinery was left damaged on the streets, their gutted factory and surrounding businesses were barely recognisable. Mohamed says the pain of seeing their dreams going up in flames, made him feel like he was crying ‘blood, sweat and tears’.

“We moved what we could salvage into our family basement and we were initially demoralised when we realised the magnitude of the damage. We knew that the insurance companies would be inundated with claims; and we were still adapting to life during lockdown, so no amount of school of hard knocks could have prepared us for the chaos and loss caused by the national unrest,” says Zuraida.

After hearing about the IDC’s Post-Unrest Business Recovery Fund from other entrepreneurs, they too decided to apply and were pleasantly surprised to find the fund’s application process to be smooth and transparent. They were continuously informed of the progress of their application and within weeks it was approved. ZA Gear was now partially ready to train new learners who would work in the new design facility, the staff were eager to be back at work and be productive. Zuraida says the funding came just ‘at the right time’ – their dreams to become a world-class Design House were back on track.