Jozini, KZN: The Industrial Development Corporation (IDC) has partnered with the Imbumba Foundation to launch the Rise Relief Campaign to support families in the heart of rural KwaZulu-Natal (KZN). The targeted families have been severely affected by the unrest. 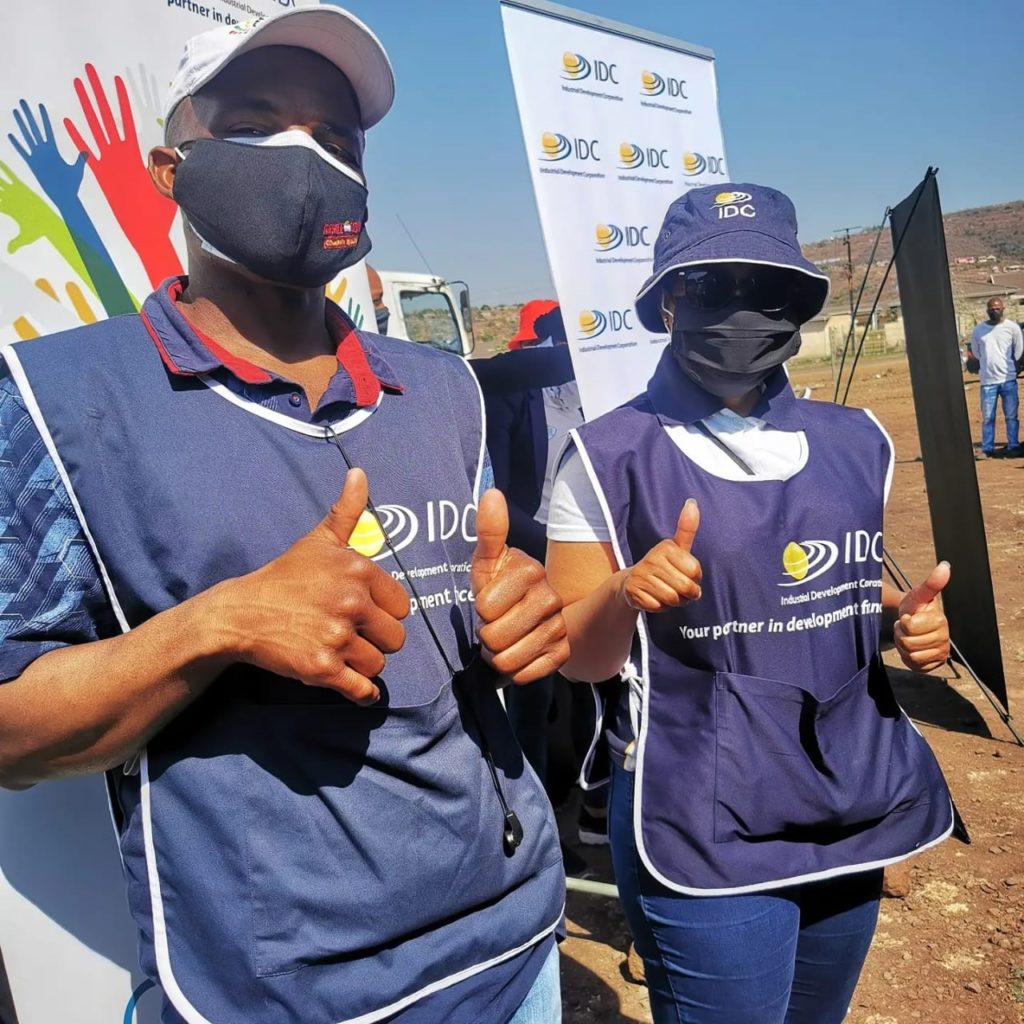 “The Unrest Business Recovery Fund funding will support food security to rural, less developed communities and make provision for rebuilding destroyed school infrastructure and support care facilities and clinics in those areas. We have tapped into our solid partnerships with established non-profit organisations to ensure that assistance reaches those who need it the most”, says Tshepo Ramodibe, Head of Corporate Affairs at the IDC.

Imbumba Foundation has an established partnership with IDC and has recently partnered with the Corporation to support Covid-19 social relief. In the wake of the unrest, the IDC and Imbumba revived the partnership with Imbumba spearheading engagements with various traditional councils to ascertain community needs.

“Communities in deep rural areas are often forgotten when it comes to assistance, and that is why we have focused our efforts on rural and peripheral areas such as uPhongolo, Mduku and Jozini, where relief efforts were kicked off this week,” adds Ramodibe.

Many workers who made a living in the urban parts of KZN have had to return home due to the adverse impact on employment and related income. These are the people the Corporation’s social support will be focused on.

“Our core mandate is to advance recovery and rebuilding and supporting communities that have been adversely affected. While IDC is working tirelessly to channel funds through to businesses to get them back up and running, we are mindful of also assisting families and communities that are now suffering from food insecurity”, adds Ramodibe.

To date, the IDC has already approved R680 million in business funding, sustaining an estimated 6 977 jobs. On the social front, over R5.3 million has been approved, benefiting an estimated 19 000 beneficiaries.