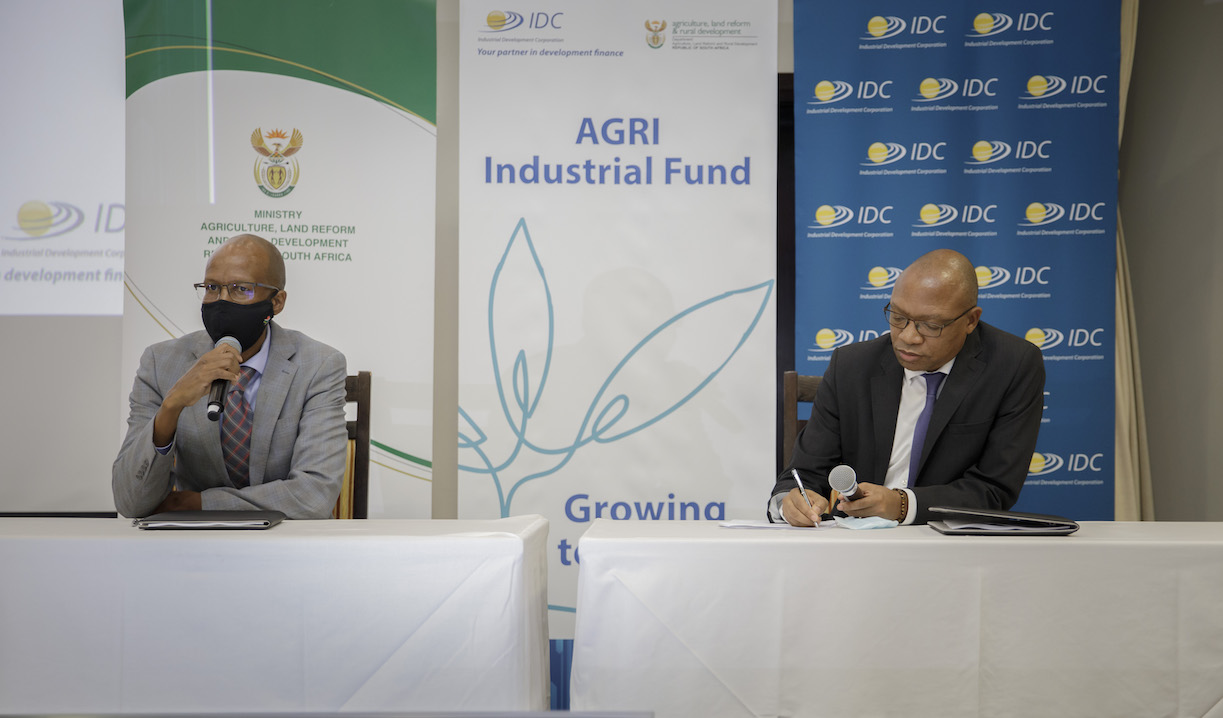 In a key development aimed at addressing funding constraints facing black farmers and breaking entry barriers to commercial farming, the Industrial Development Corporation (IDC), in partnership with the Department of Agriculture, Land Reform and Rural Development (DALRRD) has launched a joint Agri-Industrial Fund.

The R1bn fund is an initiative of the DALRRD managed through its blended finance programme but carved out to IDC. Among other objectives, the fund will also be utilised to develop and implement high impact black-owned large scale commercial agricultural projects.

“For us, as the IDC, this development demonstrates government’s trust in the IDC’s ability to play an impactful role in South Africa’s economic recovery. The broader Agricultural sector is central to the recovery of the local economy but most importantly, this fund’s objectives are consistent with the IDC’s role in increasing the number of black commercial farmers,” says IDC CEO TP Nchocho.

The DALRRD underlined that the Fund’s main goal is to support the development and expansion of the agricultural sector by assisting qualifying black producers/investees in developing, expanding, acquiring, and integrating operations in prioritised agricultural value chains.

“The IDC has a  grasp of the funding constraints facing black farmers, which is why we believe that this partnership will help breakdown some of the barriers to entry as well as elevating these farmers to becoming fully fledged commercial farmers”, said DALRRD Acting DG Mooketsa Ramasodi

Through this partnership, funds will be provided to qualifying end beneficiaries as grants. There will be no pricing and subsidy implications from a risk perspective – a factor Nchocho says is the biggest drawcard to the fund.

“This key component of the fund aims to eliminate barriers to entry, thus attracting a significant component of black farmers looking to scale up their commercial farming activities,” he adds. The fund will be utilised alongside the IDC’s other internal funding products to support businesses through a blended approach.

Of significance to the IDC, the objectives of the fund aligns with its strategy and industry development goals aimed at expanding production of long-term, high-value horticultural crops and other agricultural commodities, where South Africa has an opportunity for import replacement and export enhancement, at the same achieve high job creation, and broad-based transformation.

Targeted sectors of the fund
Among other outcomes, the fund seeks to help establish high-value, export-oriented orchards on community-owned agricultural land (restituted or communal properties) across the country including establishment of competitive contract growers in the poultry value chain; the protein value chains such as Poultry, Pork and Beef value chains and other agro-processing ventures that support the Agriculture and Agro-Processing Master Plans.