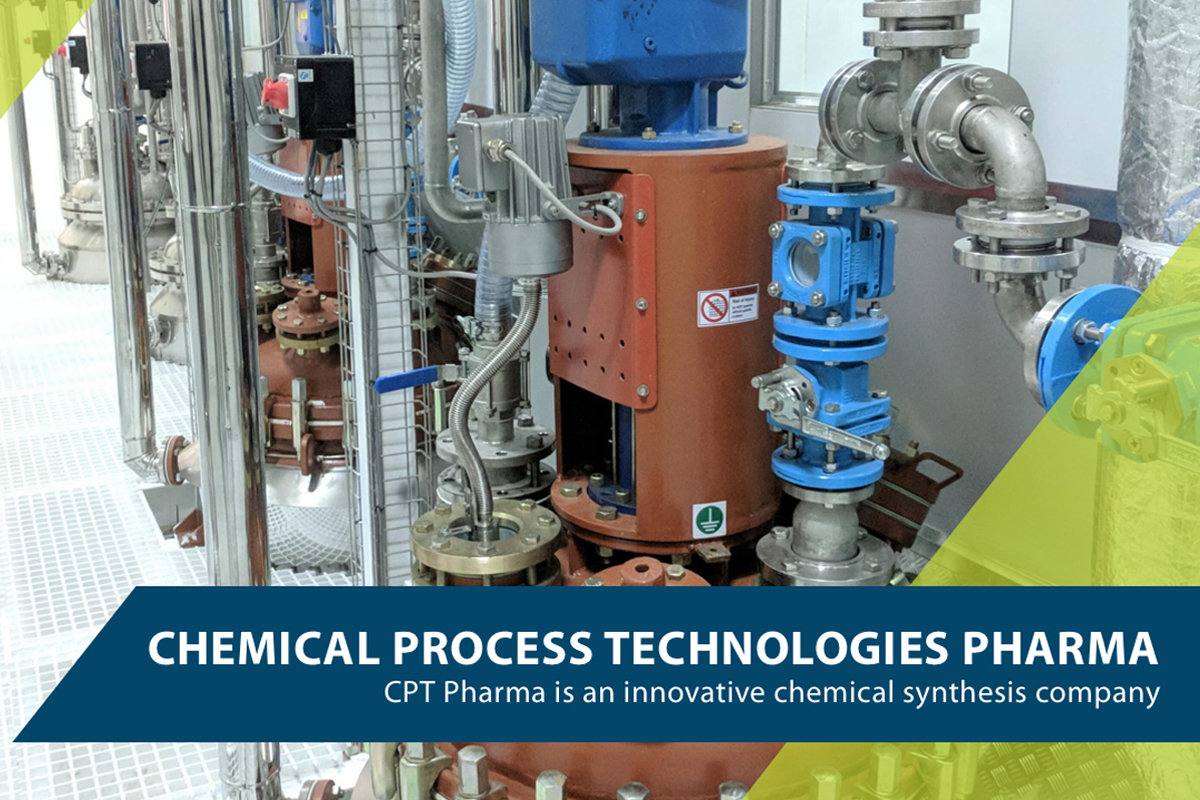 South Africa currently imports the vast majority of the APIs used to formulate medicines in local plants, mainly from manufacturers in India and China. This dependence has at times led to import and distribution problems. The granting of the licence signals a significant move forward
for the South African pharmaceutical industry. ‘We are honoured as a company at being able to take the lead in advancing the South African pharmaceutical industry through obtaining this licence. While we appreciate the milestone, we acknowledge that there’s still a lot of work to be done in this space,’ says Dr. Hannes Malan, Managing Director at CPT.

To address some of the challenges in the industry and solve the distribution problem faced in this sector, Chemical Process Technologies (CPT), the parent company of CPT Pharma and a major supplier of formulated animal health products, teamed up with the Industrial Development

Corporation (IDC) and the Technology Innovation Agency (TIA), an entity of the Department of Science and Innovation.

Along with their funding and assistance, the company established CPT Pharma and broke ground on a pilot plant in 2015 to prove that APIs could be successfully produced on a commercial scale in South Africa.

Construction of the pilot plant was completed in 2017 and it has since received approval of the facility by the South African Pharmacy Council, which also found the plant suitable for the manufacturing of APIs. Initially, trial runs on two APIs were successfully completed using the company’s innovative approach with novel synthesis techniques and technologies developed in-

house. “Most of the equipment and systems were sourced locally, which really shows the wealth of specialised skills available in South Africa,” stated Danie Hechter, Senior Engineer, CPT.

Now, the plant has been given the go-ahead by SAHPRA to start the production of four initial APIs with the aim to expand the plant to support semi-commercial production. Two of the APIs are used in the treatment of tuberculosis, and one is used for the treatment of epilepsy as well

as neuropathic pain. The company aims to use the plant for both research and development and manufacturing. A feasibility study has already begun for the expansion of the plant.

‘Local production of APIs not only shortens the supply chain for local pharmaceutical companies but also provides more sustainable access to medicines since it eases the industry’s reliance on imports for critical products. Moreover, it opens up a whole new sector for employment growth
and skills development in the country,’ says Nelis Geyer, Acting Head of Industry Planning and Project Development at the IDC.

‘CPT Pharma was identified as an ideal partner for TIA’s intentions to support development and commercialisation of technologies to enable local API manufacturing. The success to date has

also positioned the company as a key partner in ongoing collaboration initiatives within the National System of Innovation to stimulate the local pharmaceutical industry’ says Dr Vuyisile Phehane, Executive: Bio-economy at TIA.

“The decision in 2012 by CPT to get involved in the local manufacturing of APIs has beenv alidated by the onset of the COVID pandemic which emphasized the dependence of the world on geographically concentrated pharmaceutical manufacturers in the east. Having our facility’s Good Manufacturing Practice approved is a major achievement for the company and confirmation that we are well on our way to achieving what we set out to do in 2012,” adds Malan.

CPT Pharma is in a unique position to take advantage of this market gap thanks to its focus on using the latest manufacturing technology and methods. More established producers have invested heavily in older technologies and those in China now have to contend with stricter environmental and safety regulations, further raising the API import costs for SA pharmaceutical companies.

Dr Gerrit van der Klashorst, the Director of Business Development at CPT, added “We believe there is a major opportunity to establish a local API manufacturing industry in South Africa. We import more than R20 billion worth of APIs and need to start by replacing imports with locally
produced material. The manufacturing technology must be world competitive and requires contemporary and locally developed solutions”.

ABOUT CPT
Chemical Process Technologies (CPT) is a private chemical synthesis company in the animal health industry. The company, which was established in 2001, synthesises several fine chemicals and formulates numerous end-user products. CPT is currently exporting various products to more than 15 countries across 5 continents.

This combined capacity to synthesise and formulate products positions CPT uniquely, in the Southern African context, to include the manufacturing of active pharmaceutical ingredients (APIs). CPT is the parent company of CPT Pharma.