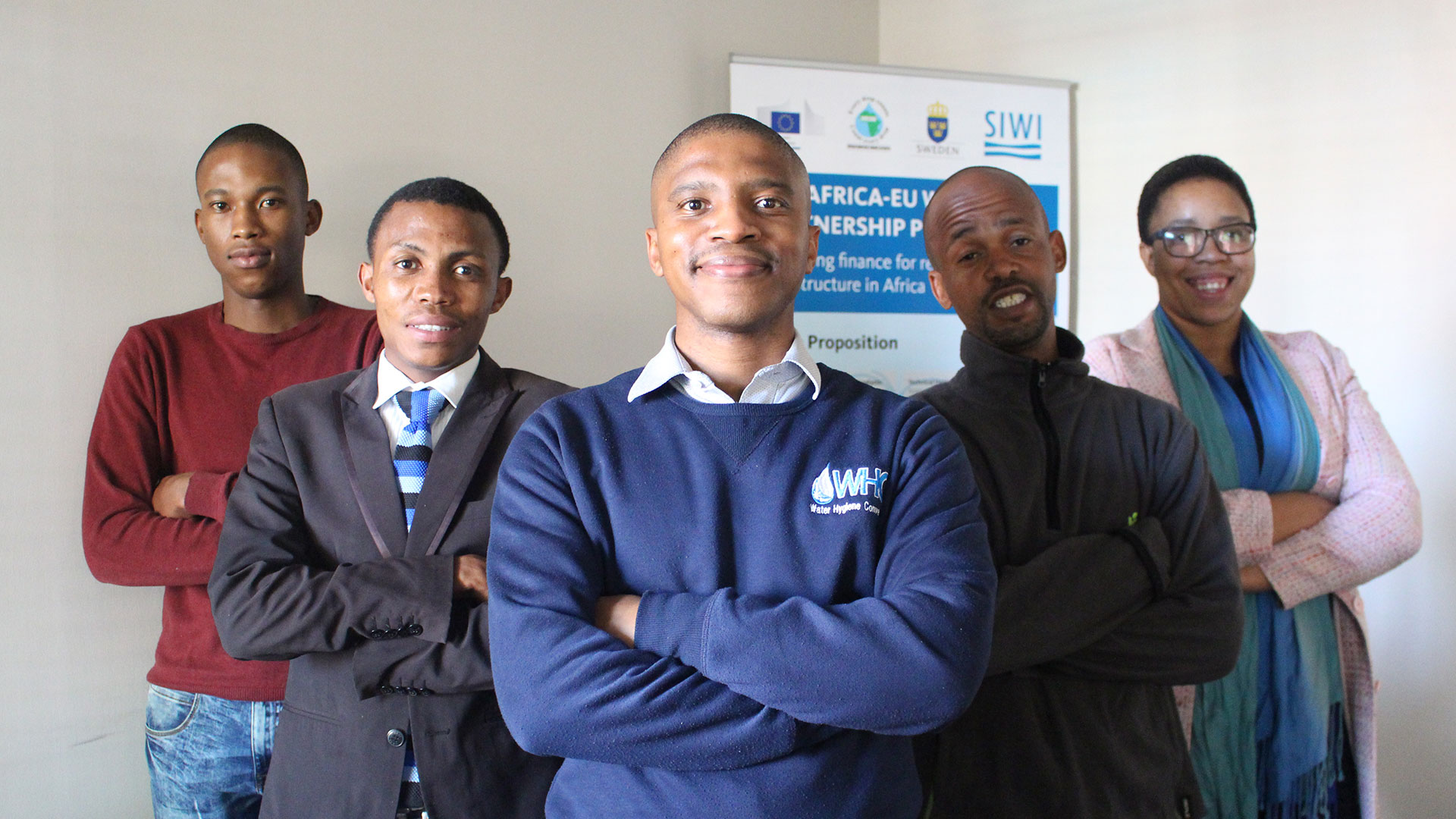 Posted at 14:35h in Regional Case Studies by I4Dn3Cr@an
Share

There is a popular saying in the world of business and entrepreneurship, that overnight success takes ten years. One small business owner who can attest to this is none other than Paseka Lesolang, the 29 year old innovator and founder of Wagienience, a techno company that has created a unique water-leak solution for South Africa’s industrial and domestic markets. In 2007, Paseka was inside his grandparents’ house in Ga-Rankuwa township, when he discovered a water leak in the toilet system.

Intrigued by the deficiency that caused the leak, the curious teenager investigated a permanent solution to this problem and went as far as calling manufacturers of toilet components to offer his solution to the leaking problem. A few months later, Paseka patented his invention and the growing interest around it finally spurred him to start the business. Eleven years later, Wagienience has created four direct jobs and twenty indirect jobs and has been approved for funding by the Industrial Development Corporation to increase its production and operational costs. Wagienience is a water hygiene business that has established itself as a manufacturing entity of water preservation technology.

Lesolang started the IDC funding application in 2013, and after due process, his application was approved the following year. Yet in the following year, he won a cash prize from a small business competition, which was utilised for manufacturing a big production of the WHC leak-less valve units. With these two funding injections in successive years, the business’ barren run of six years came to an end and Lesolang’s vision received a much needed boost. “According to our projections, the funding from IDC will help us create 70 jobs and we will be able to help the country save thousands of litres of water,” Lesolang said. Throughout the six years, the company struggled with lack of finance to fund production and commercialisation of their WHC leak-less valve invention, as well as administrative and marketing costs.

The company is now in negotiations with 90 municipalities across the country, who could pledge to buy the water-leak prevention technology. Lesolang said they are selling their products directly to customers for domestic use, and to corporate sector and industry clients. “The IDC funding will also help us roll out a big marketing campaign so that we can increase our penetration in the market,” Lesolang said. South Africa is a water scarce country and studies have shown that millions of litres of unused fresh water are lost due to massive leaks in water infrastructure. Most municipalities want to solve this problem in accordance with national government’s call for the country to save water.

Lesolang’s water-leak prevention technology has earned him local and international recognition. His invention won an award for the most innovative product in the environment category on the whole African continent, at the Make-A-Fair business competition held in Kenya, in 2012. And after this win, his product was featured on global news networks, CNN International and BBC. Furthermore, the award also earned Lesolang an invitation to the U.S, where he competed with 50 other young innovators from around the world in the High Impact Entrepreneurs international competition. He was selected with 24 other winners and as a reward, was enrolled for an MBA crash course at the University of Colorado in America. Another accolade his innovation won was the SAB Social Innovation of the Year award, which was handed to him by President Cyril Ramaphosa.

However it was after Lesolang was voted the JCI 2012 Creative Young Entrepreneur, that he applied for funding from the IDC. When the IDC application was successful, his business was evaluated to be worth R1 million. “The IDC believed in my business model, and now we are waiting for our contracts with municipalities and the private sector to be signed for business,” Lesolang said. IDC’s Divisional Executive for Corporate Affairs, Ms. Zama Luthuli, said the corporation’s performance is strong in providing funding to black industrialists, “We are implementing our proactive industrial development strategy, which focuses on developing priority industries and initiatives in order to increase our impact,” Luthuli added.

Lesolang said with the IDC funding injection, the business will be able to recruit employees with specialised skills to add to the current four employees. “With working capital in place, we will be able to go far as a business. The IDC funding can enable us to achieve R80 million annual turnover once we are fully operational,” he said. Lesolang said his vision is to see Wagienience grow to have different departments of offerings within itself, aim for a R10 billion annual turnover and get listed on the stock exchange, as well as establish a strong Corporate Social Investment to help other noble community initiatives.