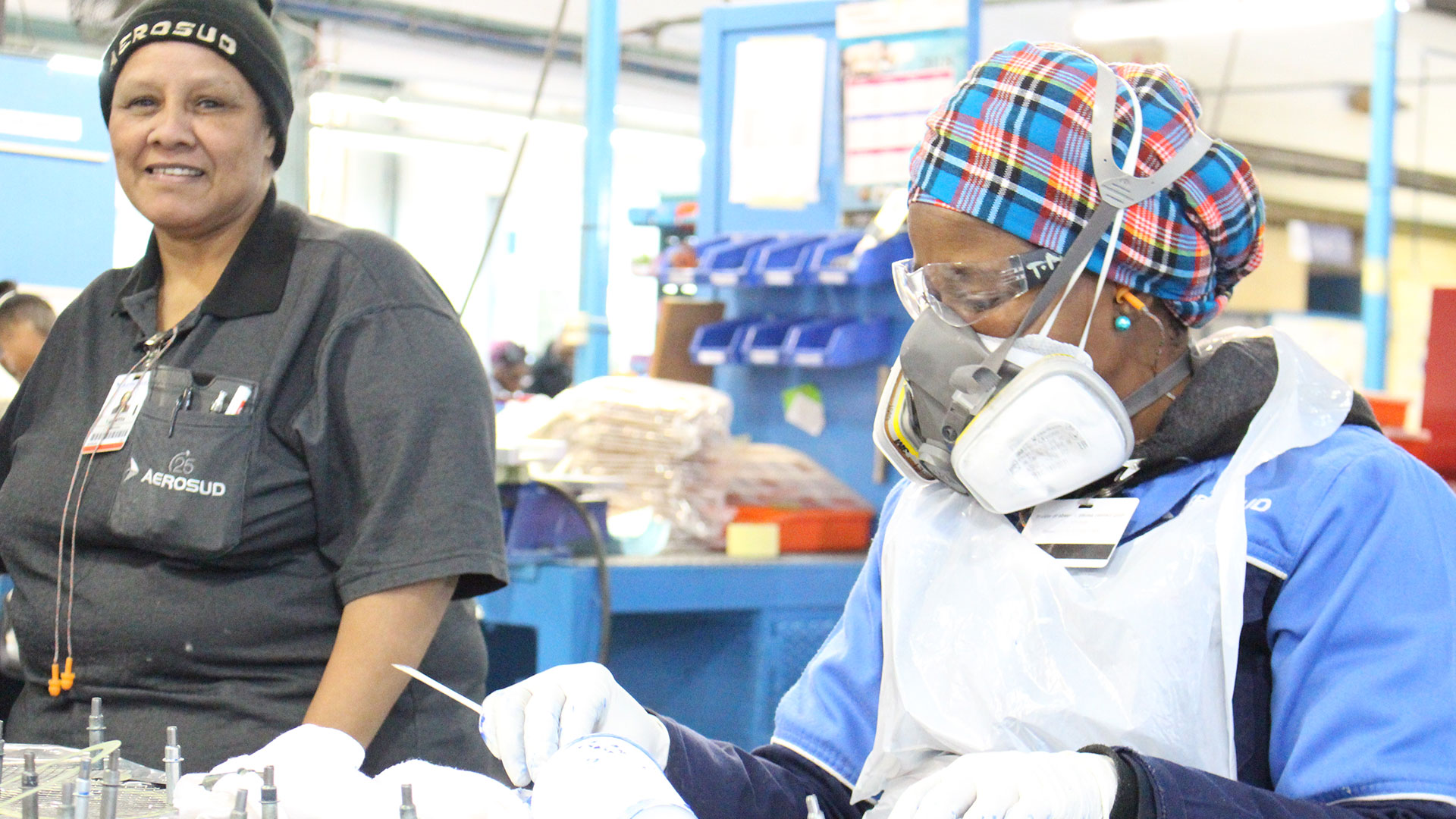 Posted at 14:36h in Regional Case Studies by I4Dn3Cr@an
Share

Limited (IDC) acquired 26% ordinary shareholding in Pretoria based aviation company Aerosud (Pty) Ltd, as a strategic investment in the aviation industry. In addition to this, IDC invested R33 million to purchase another 12% shareholding in Aerosud for the Bellabee (Pty) Ltd Workers Trust, which benefits more than 200 previously disadvantaged workers of the company, who are mostly family bread winners. Aerosud is a manufacturer of aircraft parts and aeronautic components that are exported to a list of local and international aviation clientele. The company employs 623 employees and has capabilities in major metal assembly, industrial electrical wiring and industrial high capacity machine processing. The workers, ranging from artisans to technicians, are skilled in various machinery operations and specialist technical functions in Aerosud’s production line. They operate technology systems that are used in the process of manufacturing and producing important parts for aircrafts. Aerosud lists global aviation companies Boeing and Airbus as some of its clients.

The 27 year old company has capabilities in major metal assembly, industrial electrical wiring, and industrial high capacity machine processing. Zama Luthuli, Divisional Executive for Corporate Affairs at IDC, said the corporation’s investment in Aerosud was motivated by the identification of the aviation industry as a strategic sector in South Africa. “IDC’s strategy focuses on the need to maximise development impact through jobs-rich industrialisation and competitiveness,” Luthuli said.

Beneficiaries of Bellabee Workers’ Trust said the 12% shareholding acquired through IDC funding has added value to their long term development, “It has, so far, been a good experience to be part of the trust and sharing in the profits of the company we are working for,” said Lynette Fredericks, who is one of the elected trustees representing the more than 200 beneficiaries. Lynette has been working for Aerosud for ten years and is currently Chief Machine Operator. Aerosud’s Human Resources Manager, Theresa Consciencia, said the trust’s 212 beneficiaries are permanent employees who have more than one year employment service with the company, “Every year the number of beneficiaries increases slightly as new employees qualify to be beneficiaries after a year’s service,” she said. The trust’s current priority is to service the IDC loan with a portion of the returns it receives every year.

Dividends are then distributed after the loan repayment has been done, “Workers understand that their dividends will improve significantly after we have paid back the IDC loan,” explained Fredericks. Precious Mota Myeni, another elected trustee who has been employed by Aerosud for four years, said they have been running information sessions every financial year to educate beneficiaries on how the trust and its processes work, so that all of them have a sound understanding, “We do not want the workers to feel left out because that may create lack of trust, which we cannot afford to have,” she said. IDC’s Divisional Executive for Agro, Infrastructure and New Industries, Ms. Lizeka Matshekga, said the IDC’s focus is to advance transformative industrialisation, “We are satisfied that in doing so, we also contribute to job creation and the empowerment of previously disadvantaged people,” she said.