The IDC signed a Non-Disclosure Agreement (NDA) with the Development Bank of the Central African States (BDEAC) on the 14th of February 2018, which will enable the BDEAC to share some of its projects with the IDC for possible co-funding.

BDEAC is a multilateral DFI charged with financing the development of the member states of the Economic and Monetary Community of Central Africa (CEMAC) comprising Cameroon, the Central African Republic, the Democratic Republic of Congo (Brazzaville), Gabon, Equatorial Guinea and the Republic of Chad. The BDEAC is different from the Bank of the Central African States (BEAC), which is a central bank. BDEAC was created on 3 December 1975 in Bangui by the heads of CEMAC member states. It started its operations on 3 January 1977.

BDEAC’s headquarters are in the Republic of Congo in Brazzaville. It has country offices in the rest of its member states. 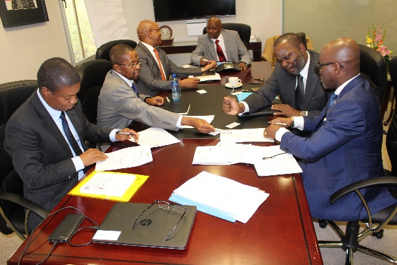