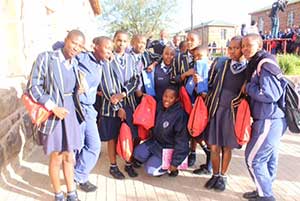 Industrial Development Corporation (IDC) divisional executive, Shakeel Meer and head of Corporate Social Investment, Tebogo Molefe will be participating in the Trek4Mandela challenge to climb Mount Kilimanjaro. This initiative, in support for Caring4Girls aims to raise funds for the Corporation’s Women’s Legacy Project.

The climb is inspired by the ethos of International Nelson Mandela Day; Take Action Inspire Change.

The IDC climbers will form part of a group who will summit the mountain on Nelson Mandela’s birthday on 18 July.

SUPPORT FOR THE WOMEN’S LEGACY PROJECT

The IDC is taking part in the expedition for the second year in a row for the Women’s Legacy Project, an initiative championed by the CEO’s office. Launched in 2013, the IDC Women’s Legacy Project commemorates the strides South African women have made. It supports young girls in schools the IDC has adopted by distributing sanitary towels. By doing this, the young women are able to continue their studies without interruption.

The project aims to donate sanitary towels across all nine provinces at the IDC adopted schools, which are mostly located in rural areas. This project will help just over 11 000 girls over the next three years.

HOW YOU CAN HELP

You too can join the IDC climbers and employees to help these young women.

To get involved and support the initiative to keep the girl child in school, make a donation via SMS or EFT payment:

The IDC’s Women’s Legacy Project is a natural fit with the Trek4Mandela Challenge and Caring4Girls initiative.

Trek4Mandela began in 2012 when the Richard Mabaso of the Imbumbu Foundation overheard a conversation between his niece and his mother on the challenges young girls have with menstruation.

He decided to make a difference – to take action and inspire change – and set up the Trek4Mandela Challenge. Caring4Girls create awareness of the plight of girls in need in rural and poor schools during their menstrual cycles. It also encourages dialogues on issues of puberty and adolescence. 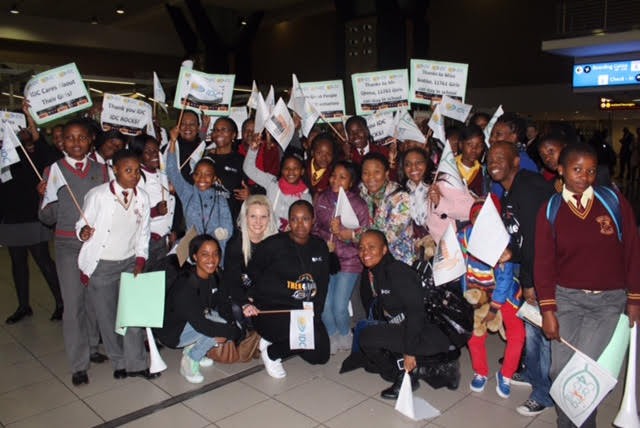