The local mining industry is certain to recover from its current slump, Exxaro Resources CEO Sipho Nkosi told a panel discussion on the eve of the IDC’s inaugural Industrial Conference. 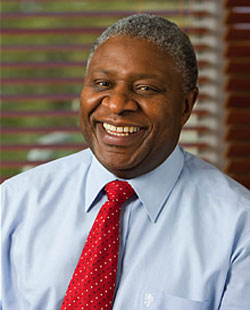 Speaking at a panel discussion hosted by the Industrial Development Corporation on Monday evening, 19 October, ahead of the IDC’s inaugural Industrial Conference, Nkosi attributed the challenges affecting the industry to falling commodity prices.

“This industry by its nature is cyclical. We can’t say when, but the reality is that we will get out of this slump,” Nkosi said.

“As Exxaro, we wouldn’t have spent more than R9-billion developing a new coal plant in Lephalale and expanding on existing capacity at some of our operations if we didn’t have confidence in the sector.”

Nkosi, who recently announced his resignation as CEO of Exxaro, which also ranks as the biggest black-owned coal mining company in South Africa, dismissed the notion that the private sector was withholding capital due to challenges in the global and local economies.

However, he urged the government to provide a consistent policy and regulatory framework, saying investors are keen to invest in the economy provided they are guaranteed a return on their investment.

“Much as we have a responsibility to transform the economic landscape, we also have obligations to our shareholders. They won’t let us invest their money if they are not guaranteed of a return on their capital.”

Outgoing Tiger Brands CEO Peter Matlare concurred. “In our case, we have been investing in new plant machinery and technologies aimed at reducing our production costs. We are talking billions here,” Matlare said.

“Unfortunately, the biggest outcome of plant modernisation in our local manufacturing industry has been loss of jobs, and the challenge is that the pace of economic growth is not big enough to accommodate job seekers.”