Mabu is a case of turning innovation into a successful business

A pair of scientists has turned their research into substrates for growing mushrooms into a viable business. At the same time, they have shown that women can conquer the agriculture sector. 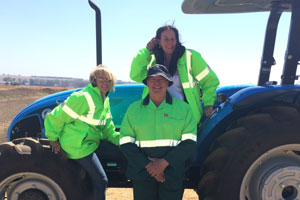 To grow button mushrooms successfully you need mushroom spawn, good wheat straw compost and a top layer of casing soil. The casing layer promotes the growth of mushrooms; its quality plays an important role in the success or failure of a crop. Traditionally, the major component of casing soil used by mushroom growers has been peat soil from aquatic bog environments or wetlands.

A pair of scientists from the University of Pretoria (UP), however, has developed another eco-friendly, sustainable and cost-effective option. Mabu Casing Soils substrate is manufactured using sugarcane pith. Pith is a waste product in the sugarcane bagasse paper-making process at Sappi’s KwaDukuza facility in KwaZulu-Natal. “We add value to something that has always been considered waste,” says Dr Linda Meyer, one of two partners who started Mabu Casing Soils.

Meyer, who holds a PhD in plant pathology, and her partner, Ané van Heerden, who has an MSc in microbiology, were involved in the Mushroom Research Project at UP. “We were fortunate to be on mushroom farms often, talking to farmers, and learning in the process what a good casing soil entails. Working with the farmers allowed us to see a gap in the market.”

Meyer explains that researchers at UP tested at least 20 different substrates over seven years before finding one that held promise. The innovation lies more in changing a raw substrate with basic qualities into a substrate that is a suitable casing soil than finding an alternative that is ready and usable as it is. Meyer and Van Heerden subsequently developed a patented and innovative eco-friendly mushroom substrate that has helped them to grow this idea into a business. Their innovation, patented by UP, as well as the exclusive commercial licence they negotiated, has allowed the women to build an agricultural company. 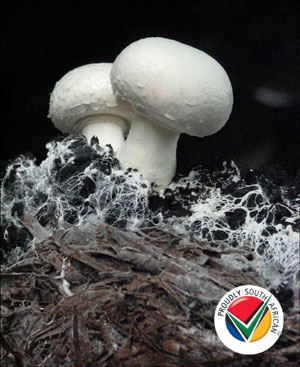 With financial assistance from the Industrial Development Corporation, they have been able to scale up production from small trial amounts to commercial volumes. Beyond the money, the IDC’s Women Entrepreneurial Fund taught them how to run a business. “We were researchers starting a business; the IDC’s due diligence process was a steep learning curve. It was a learning process in the intricacies of business.”

Growing a business in an industry dominated by men has taken extra hard work and determination. “Farmers as a rule do not take risks easily and change is slow. They had questions about our ability to supply the quantities they need without compromising on consistency and the quality of our casing soil. Our substrate has been validated with numerous growing trials on some of South Africa’s major mushroom farms and the process has been optimised to allow farmers to grow clean and quality mushrooms on pith casing. And thanks to the IDC funding, we don’t need to force growth, to cut corners and dilute what we have.”

That Mabu Casing Soils is a success matters to Meyer and Van Heerden beyond just having an income. As women in science and business they recognise that their success opens the door for other women as well, “especially in an industry like agriculture which is male-dominated”.

“For some men, because we are unable to drive a front-end loader or fix a hydraulic pump, we have nothing to offer. Our aim is to deliver a quality product in an effective and consistent way and as such be seen as successful women in the industry. This, we believe, will motivate more women to get involved in agriculture.”

The pioneering substrate at the heart of the success of Mabu Casing Soil has allowed Meyer and Van Heerden to build a company on innovation. They believe the country has the skills base to create a flourishing economy built on new technologies and processes, as long as it embraces entrepreneurship.

They point out, however, that bridging the gap between research and a viable business is still a huge challenge in South Africa. IDC funds play a major role in alleviating this stumbling block for innovative research. “It’s a gutsy thing to start your own business and there is no recipe for success. It takes heaps of determination and never-ending resilience.”