The IDC, as one of the country’s largest development finance institutions, will be critical to realising the government’s nine strategic priorities to be pursued this year. 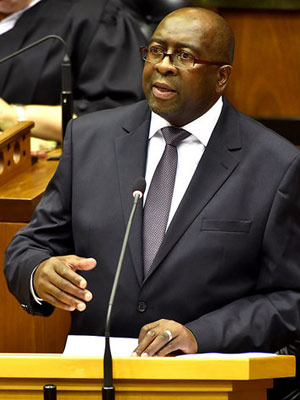 The Industrial Development Corporation, as one of the country’s largest development finance institutions (DFIs) – alongside the Land Bank and the Development Bank of Southern Africa – will be critical to realising the government’s nine strategic priorities to be pursued this year.

Listed by Finance Minister Nhlanhla Nene in his first budget on 25 February, these are:

These all speak directly to the IDC’s mandate, and the corporation aims to mobilise R100-billion over the next five years to promote faster industrial development, mineral beneficiation and agro-processing.

“Our primary challenge is to deal with the structural and competitiveness challenges that hold back production and investment in our economy,” Nene said. “The most important of these is the security and reliability of energy supply.”

Higher growth was possible, if we made good progress in responding to the electricity challenge or if export performance was stronger. “The best short-term prospects for faster growth lie in less energy-intensive sectors such as tourism, agriculture, light manufacturing and housing construction. These are also sectors that employ more people, and so they contribute to more inclusive growth. Efforts to support these sectors have to be intensified.”

Turning to another priority, the manufacturing sector, Nene admitted it had largely underperformed in recent years, but added that there had been an encouraging growth in investment since 2010, particularly in upgrading machinery and equipment.

“The turnaround in footwear and textiles is also welcome, and should boost job creation over the period ahead. In agriculture we have seen investment and export growth in horticultural products such as grapes, citrus and tree nuts. Tourism and related services, oil and gas development, communications and information technology also offer many opportunities.”

These are all sectors on which the IDC has a strong focus.

About economic development, Nene said the budget gave wide-ranging support to diversify South Africa’s growth and broaden participation. Innovation and technology changes were at the heart of this development strategy.

Support for the oceans economy was allocated R296-million over the next three years; R2.7-billion was allocated to the Mineral Policy and Promotion programme to promote investment in mining and petroleum beneficiation projects; and R108-million was allocated for research and regulatory requirements for licensing shale gas exploration and hydraulic fracturing. The government would continue to strengthen support for agricultural development and trade.

Nene was clear on the issues facing the country. “Unemployment remains our single greatest economic and social challenge,” he said.”[The] government continues to prioritise measures aimed at generating employment. These include tax incentives for employment and investment, support for enterprise development, skills development and employment programmes.”

He earmarked R10.2-billion over the three-year Medium-Term Expenditure Framework (MTEF) period to manufacturing development incentives and support for growing service industries, such as business process outsourcing.

Under the oversight of the Department of Trade and Industry, the Manufacturing Competitiveness Enhancement Programme would spend R5.4-billion and would assist 1 450 companies with financial support to upgrade facilities and skills development.

Over the period, the Department of Small Business Development would spend R3.5-billion on mentoring and training support for small businesses. The Jobs Fund would spend R4-billion in partnership with the private sector on projects that created new employment, supported work-seekers and addressed structural constraints to more inclusive growth.

“One of the strengths on which implementation of our National Development Plan rests is the financial health and capacity of our development finance institutions,” said the minister.

“At the end of 2013/14, their combined assets amounted to R250-billion, against liabilities of R107-billion. The Development Bank of Southern Africa, the Industrial Development Corporation, the Land Bank and other national DFIs will expand their loan portfolios by about 33% over the next two years, including substantial investments in renewable energy, agriculture, industrial infrastructure and beneficiation projects.”

Several initiatives were in progress to strengthen the role of DFIs. Among them, was a review of provincial entities aimed at enhancing their effectiveness and sustainability.

“The agencies concerned will need to ensure that risks associated with new exposures are managed in a sustainable and prudent manner. A review of provincial development finance institutions, approved by [the] Cabinet, will commence in 2015. This review will align their mandates to the National Development Plan and underline the need for effective and sustainable operations,” Nene said.

“The National Empowerment Fund is reviewing its business model and, with the merger of the fund and the IDC under way, [the] government expects a stronger, more streamlined business to support industrial development and black economic empowerment.”