Calling on young entrepreneurs to ‘Stand Up’

17 Oct Calling on young entrepreneurs to ‘Stand Up’

The IDC’s new media campaign, underpinned by its R1-billion Gro-E Youth Scheme, calls on the country’s future industrialists to “Stand Up” and act on their business plans. 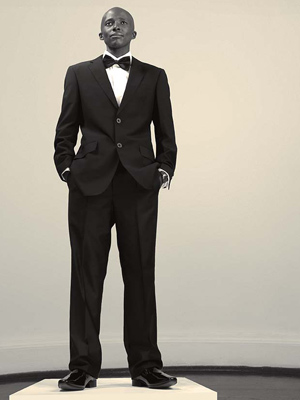 The Industrial Development Corporation (IDC) has launched a media campaign targeting young entrepreneurs in support of its drive to grow the number of youth-owned enterprises in the country.

Highlighting role models such as Bulelani Nxumalo, the young founder of start-up company Umzungulu Steel Projects, the IDC’s campaign calls on young entrepreneurs to “Stand Up” and take the lead in South Africa’s industrial development.

Underpinning the campaign is the IDC’s R1-billion Gro-E Youth Scheme, announced by IDC Chief Executive Geoffrey Qhena at the signing of the Youth Employment Accord in Soweto on 18 April last year.

The fund provides loans of R1-million or more to businesses that are creating new jobs in identified high-growth industries – and that are owned by people under the age of 35.

And as Bulelani Nxumalo found when he partnered with the IDC, this means more than just funding. The IDC works to make its partnerships work, providing world-class business mentoring, networking, HR and industry-specific support as part of the package.

The corporation has also signed a co-operation agreement with the Small Enterprise Finance Agency (sefa) and the National Youth Development Agency (NYDA) to provide easier access to finance and support services for young business people.

The IDC, sefa and the NYDA have a combined treasure chest of R2.7-billion earmarked for youth-owned enterprises, and are working together to ensure that the money goes to people like Bulelani Nxumalo, whose company now employs 25 people and supplies SABS-approved steel products to a 25 000-unit housing project in Kwa-Zulu Natal.

“It is important that we recognise the role that young people need to play in developing the country’s economy,” Qhena said in announcing the Gro-E Youth Scheme. “Young people are very enterprising, but access to funding has been one of their greatest challenges.”

The IDC’s call for the youth to “Stand Up” encourages young entrepreneurs to become our country’s future industrialists and active participants in the economy.