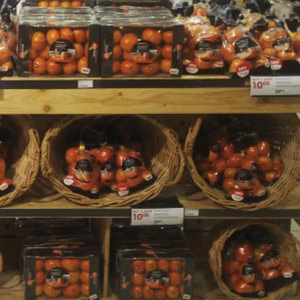 “We have received our first tranche of loan finance from the IDC, and the last tranche of the facility is scheduled for drawdown by31 December 2015,” he says. During this period, the company will use the funding for development of new farms and converting existing orchards to new cultivars. “We will also expand Naranja Packers, our pack house in Burgersfort, which is on the border of Mpumalanga and Limpopo.”

This is prime fruit growing country: the combination of fertile soil with hot days and cool nights, and the relatively dry climate  makes it perfect for citrus  and gives the fruit its beautiful deep orange colour.

Naranja Packers is 100% owned by ANB Investments, the umbrella body under which Indigo Fruit Farming falls. In peak season, Burgersfort workers process 600 giant crates of fruit a day, with each crate containing about 350 kilos of fruit – or just over 2 000 tons.

“We farm with various special cultivars,” explains O’Connell, who is also the chief financial officer of ANB Investment. “Currently the largest part of the crop is a soft citrus variety called Nadorcott, which Indigo markets under its ClemenGold and SweetC brands. ClemenGold is the brand name used for top quality fruit from this variety – and hopefully other soft citrus varieties we harvest in the future. As a brand, ClemenGold speaks of an easy peeling, virtually seedless fruit with a unique balance between its sugars and acids. ClemenGold also boasts a deep orange skin and few, or no blemishes. The high juice content adds to its appeal.”

ClemenGold is a global brand for top quality easy peelers; SweetC is a slightly lower grade of fruit in that its peel may have some superficial markings, but it makes just as good eating.

“About 60% of our produce is exported, mainly to Europe and the UK. Soft citrus was exempted from the European Union’s citrus black spot ban this year, but the threat of black spot remains on our agenda and we are looking at alternative markets to explore as well.”

ClemenGold ripens at the right time for the European market, with picking beginning in June and ending in September. The fruit is sun-ripened on the tree before it is picked. Indigo Fruit Farming has taken a strategic decision to geographically diversify its operations in order to lengthen the picking and marketing season as well as mitigate risks relating to climate. Indigo currently operates in Nelspruit and Burgersfort in Mpumalanga, Letsitele in Limpopo and Swellendam and Heidelberg in the Western Cape. The company cultivates a number of citrus products, including lemons, but its flagship product is ClemenGold, a mandarin that was originally cultivated in Morocco.

ANB Investments participates in the full value chain of citrus farming, from its nurseries in the Limpopo and the Western Cape (producing 57 citrus cultivars), through to its fruit farming, packing and marketing operations: all the way from a seedling tree to the fruit on your table.

Working with the IDC

“We were pleasantly surprised with working with the IDC,” explains O’Connell. “It only took four months for the  entire process from initiation to drawdown. It was a trouble free experience, helped greatly by the efficiency of the IDC team.” The team investigated every aspect of the business, he adds, including the soil and the water. “It was a useful audit to have because it helps us to address some difficult questions we have ourselves. We adopt a conservative approach to selecting suitable ground for development and will only plant where there is sufficient high quality water availability.

“The partnership with the IDC fits well into our group’s development plans. We look forward to the further rolling out of the relationship, and certainly see the IDC as a strong strategic partner going forward.” O’Connell is full of praise for high standards  of professionalism and expertise displayed by the IDC operatives. “In addition to the excellence of the project team we also found the IDC lending rates to be very competitive.”

From the IDC’s side, the transaction is aligned with the strategy of the Agro-Industries Strategic Business Unit to develop under-utilised land as well as the National Development Plan’s focus on adding value to citrus and labour intensive investments. “The funding confirms the IDC’s support for the citrus industry at a time when extensive lobbying continues between the European Union and South Africa to prevent a proposed ban on local citrus exports due to citrus black spot,” says the corporation.

“Indigo’s innovative branding, relationship with leading retailers, and product extension strategies (such as juice, marmalades and chocolates) are firmly aligned with the IDC’s focus on funding investments in the expansion of non-commoditised citrus.”

And the company works with the future in mind. Rather than fall back on chemicals, Indigo uses hail nets to reduce weather risk, and releases natural insect predators, through IPM, its sister company, as part of integrated pest management to control harmful pests and reduce the use of agrochemicals. Sound orchard management is echoed in sound environmental practices to enhance the natural surroundings around the orchards.

But it’s not only about the produce. Indigo Fruit Farming is also keenly invested in its community and the environment. It has implemented a Wellness Programme for staff and a youth project for the children from the producing farms and surrounding areas. Through the Wellness Days, staff members have learned to embrace their diversities and different cultures. As a result, there is an increased understanding and tolerance in the work place, leading to better work performance overall.

It also has a youth project in the Western Cape, Aerials Up, to help despondent youth gain hope and belief in their future, through involving them in activities that build self-esteem and leadership skills. In Limpopo, the company assists with feeding HIV/Aids orphans through support of the Kurisanani Project.

Conservation is another priority and there are conservation programmes at some of Indigo Fruit Farming farms, with land left untouched. Here indigenous plants can flourish, so keeping the biodiversity intact, and wildlife is able to roam freely. “In the future, we are also looking at re-introducing indigenous trees, which can be cultivated in our nursery,” says O’Connell.