Posted at 08:30h in Thought Leaders by I4Dn3Cr@an
Share 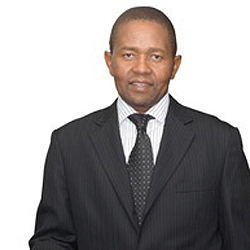 The IDC again demonstrates its position as a catalyst for local and regional economic and social transformation, says CEO Geoffrey Qhena of the 2013/1014 financial results.

Global economic growth eased marginally to an estimated 3% in calendar year 2013, from 5.4% in 2012, following a period of contraction. This positively impacted expansion dynamics at regional level.

Most importantly though, South Africa’s Gross Domestic Product (GDP) expanded by 1.9% in 2013, short of an already modest 2.5% growth rate in 2012. In the face of such a torrent of adversity in the local and global economic outlook, the IDC ably executed its mandate as major source of finance for local and regional industrial investment. As one of the largest determinants of fixed investment activity in key sectors of the economy, we yet again demonstrated our appetite for risk cementing our position as a catalyst for local and regional economic and social transformation.

The corporation approved a record R13.8 billion in funding for the year ended 31 March 2014, a 6% increase from the previous year. Disbursements, which are a measure of the financial capital injected de facto into the economy for investment purposes, amounted to R11.2 billion. This was the second highest level in the Corporation’s history, after the record R16.0 billion in disbursements reported in 2013.

The performance varied from a sector perspective. Notable achievements were recorded in areas such as renewable energy generation and components manufacturing, energy efficiency, recycling activities, transport vehicle assembly, as well as the manufacture of metal and wood products, consumer chemicals and cement, among others. In contrast, rising operational costs and other industry-specific challenges affected investment activity and, consequently, our funding levels in the mining sector, while low confidence levels and weakening household demand impacted on investor sentiment in the agri-business sector.

Displaying our resolve to nurture and support the transformation of our economy, financing approvals for black empowered companies, being those with black shareholding in excess of 25%, amounted to R5.2 billion in 2014.  Our project funding in rural areas increased to R6.5 billion, compared to R6.0 billion in the previous year. However, since this financing was largely for renewable energy projects, it did not result in high levels of sustainable employment in those areas.

For the economy at large, the period under review was characterised by weak employment creation in the primary and secondary sectors of the South African economy, including mining and manufacturing. Yet, the number of direct jobs expected to be created as a result of IDC funding approvals in 2014 amount to approximately 18 200, while saving more than 1 300 existing jobs.

Complementing our financing activities, the Small Enterprise Finance Agency (sefa), an IDC subsidiary, approved R1.1 billion in funding for more than 46 000 micro-enterprises and small businesses in 2014, a 142% increase on the R440 million approved in 2013.  Its disbursements, in turn, reached R822 million.

During the financial year, loans and advances by the IDC Group rose to R20.8 billion, net of repayments, as compared to R18.7 billion in 2013, while investments expanded from R28.6 billion to R29.2 billion, net of disposals and preference share redemptions.

We will continue to support government’s infrastructure programmes, especially by creating sustainable supplier industries on the back of public sector procurement. We will support projects that promote localisation, import replacement and ultimately export market development, in the process assisting emerging black industrialists and increasing youth participation in our economy.

Although 2015 may prove to be another challenging year, we anticipate a successful IDC performance by further contributing to the expansion and diversification of South Africa’s industrial base and its transformation from an ownership perspective.