Challenges and opportunities in mining

04 Jun Challenges and opportunities in mining

It may have been hit by unprotected strikes, which have affected the nation’s economy and standing as an investment destination, but mining has significant potential. And its role in South Africa’s economy cannot be over-emphasised. 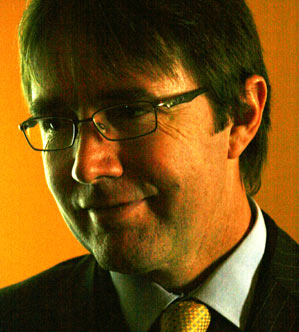 South Africa needs to restore stability in the mining sector in order to restore the country’s reputation as an investment destination, according to Roger Baxter, the chief operating officer of the Chamber of Mines South Africa.

Speaking at the fourth annual Africa Iron Ore Conference, which took place in Sandton, Johannesburg, from 3 to 4 June, Baxter said unprotected strikes had hit South Africa “hard”. “Everyone was caught napping. The unprotected strikes in 2012 and ultimately the Marikana tragedy tarnished South Africa’s image as an investment destination, compounding the policy debate around nationalisation which took place from about 2010 to 2012,” he said.

As if this was not enough, in January, miners in the platinum sector went on strike, which became the longest strike in the history of the sector. “The strike is going on now for the fourth month. The industry has lost more than R21-billion in revenue, workers have lost just under R10-billion, and the economy has been affected by this.

“Investors are saying that labour market turmoil is affecting [our] propensity to be an investment destination so it’s a big challenge that we are facing,” he said. But a huge amount of effort had been put into resolving the strike and the industry was firmly set on trying to realise an agreement that was not only in the national interest, but also allowed the sector to be viable.

The role of mining, or mineral resources, in South Africa’s economy could not be over-emphasised, Baxter explained, pointing to beneficiation as an example. South Africa accounted for significant portions of steel production. “Eighty percent of our steel is produced from locally mined minerals, 30% of our liquid fuels, 50% percent of our plastics, chemicals, feedstock, fertilisers, etc. Just take one local company, Sasol: they produced R11-billion worth of coal in 2012 and generated R165-billion in sales revenue.”

There had also been a huge improvement – of over 70% – in mining’s performance, according to Baxter. The sector had also done much in terms of community investment; probably not as much as people should have expected, but enough to ensure workers benefited from working in the industry.

Baxter said 50% of shareholding in the industry was now local. “In other words, 50% of the benefits in mining from a dividend point of view goes to local shareholders. On the transformation front, over R150-billion [in] BEE deals have been done and on employment equity the industry is within the target range.”

Despite this, with the current strikes, mining was not doing as well as it should. In the first quarter of this year, it experienced a 24% decline in mining output, the biggest rate of decline in mining output in the last 47 years. This had had an effect on the national economy, with other sectors such as manufacturing also feeling the effects.

The decline in mining output had affected the country’s growth rate. But Baxter said the National Development Plan recognised that the nation could not have what was defined as an “American growth rate”. “An American growth rate is credit-fuelled and consumer-driven. Too much of our growth in South Africa in the past two decades has been concentrated in the non-tradable export sectors and tradable export sectors have languished.”

“A 35-year doubling of our economy in size is just too slow. It’s just simply not sustainable from an economic perspective and from a social perspective.” The problem was that growth had only been in the non-tradable, domestic consumer sectors, which included financial, wholesale, trade and retail services, which was where the growth had been in the last two decades in South Africa.

The National Development Plan recognised that the tradable export sectors – mining, manufacturing and agriculture – needed to grow at a much faster pace for the economy to achieve a much more sustainable, balanced and inclusive growth rate.

Mining’s contribution to total gross domestic product was close to 18% and accounted for 50% of the nation’s exports earnings, according to Baxter. The sector employed close to 1.4 million people – 520 000 directly and over 800 000 indirectly. “This shows that mining remains the fly-wheel of South Africa’s economy and when mining is struggling, the share price of the country and the different sectors of the country struggle at the same time.”

In addition, beneficiation played a bigger role in the country’s economy than a lot of people thought. “We think about R300-billion of additional sales value and more than 200 000 jobs are created in the downstream alone,” he said.

“Our view is that mining has significant potential. The reality is in manganese, iron ore and chrome we have had growth rates of more than 150% in production in the last two decades, despite the gold mining sector shrinking a lot. Mining and minerals thus matter for the growth, development and transformation of South Africa.”