The IDC has invested billions of rand in a number of projects and companies in the priority sectors identified in the government’s Industrial Policy Action Plan…. 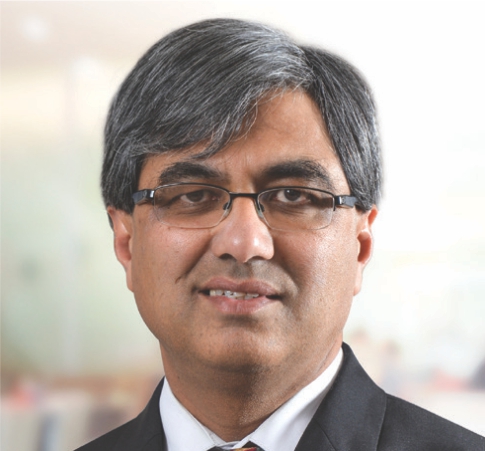 The Industrial Development Corporation has gained ground in achieving some objectives in the Industrial Policy Action Plan (IPAP) priority sectors since 2010, something that needs to be taken forward into the current iteration of the policy document.

Speaking at the release of IPAP 2014/15 – 2016/17 in Sandton on Monday, 7 April, IDC divisional executive Shakeel Meer said the corporation had provided more than R3-billion in almost 60 transactions in the automotive sector, one key element of IPAP. “One of the very notable investments we have made is in the major OEM [original equipment manufacturer], producing new models not just for the local market, but to be one of the few suppliers from South Africa into the international markets.”

IPAP, which was launched in 2007 by the Department of Trade and Industry (the dti), covers specific action plans to spur industrial growth and reduce unemployment. Each year, the document is revised, taking into consideration achievements gained, challenges encountered and the way forward. The policy document lists priority sectors in IPAP that need critical attention for South Africa to achieve sustainable, long-term development. These are: automotive; metal capital and transport equipment; green industries; clothing and textiles; agro-processing; plastics, pharmaceuticals and chemicals; and film.

“As the IDC itself, we have put R2-billion into over 150 transactions. And that’s quite notable considering the sector is under difficulty, and also considering it is relatively small, labour intensive companies that we dealing with.”

The base of any manufacturing country was metal, capital and transport equipment industries, according to Meer. He said the corporation had invested close to R5-billion to fund 130 projects in this sector. “As we are growing our infrastructure programme, as Eskom, Transnet and Prasa and so on are implementing their [capital expenditure] programmes, we need to make sure that we localise as much as possible. So the IDC has been working very closely with these state entities to try [to] make sure that we can produce locally for this programme as well as use this as an opportunity to build a strong local manufacturing base.”

Green industries was one area where South Africa, particularly the IDC, had been “relatively late to come to the party” compared to countries in Europe. But already, the corporation had put about R13-billion into 22 renewable energy projects, said Meer.

In addition, the IDC also needed to ensure that the businesses it supported not only cut costs and became more competitive, but became increasingly energy efficient. “As a country, we also need to have as green an economy as possible,” said Meer, adding that the corporation had launched the Green Energy Efficiency Fund. It supports the introduction of energy efficiency and self-use renewable energy technologies, and is funded by the German Development Bank (KfW).

South Africa has a large rural population, and agriculture is a critical means of survival for a large number of people. Meer said that for agriculture to be sustainable, the country needed to build value chains into the sector. “We need to make sure there is continuing demand, that we are self-sufficient in terms of what we produce. We need to replace our imports.”

To help achieve this, the IDC had provided funding of about R2.4-billion to 96 agriculture and agro-processing projects countrywide. “We are involved in chicken abattoirs, dairy and cheese production, and soya processing.”

Another critical area of manufacturing is plastics, pharmaceuticals and chemicals. Meer said the IDC had invested more than R4-billion in funding 96 projects, ranging from consumer products to intermediate products. “We are supporting projects involved in vaccine production, cosmetics and fertilisers, things which help not only the consumers to get what they need, but help South African industry to be more competitive as well.”

As the government’s infrastructure programme grew, South Africa would need more timber. Opportunities abounded for the forestry sector to grow in rural areas where communities often owned land but had problems developing markets. “So we have been working closely with communities. We have put in well over R700-million in all the 50 transactions to help develop this value chain,” he said.

The film industry was relatively small, extremely interesting and was showing very good progress. The IDC had put well over R300-million into this sector, funding over 30 transactions. “As you have seen from the cinemas, we have developed an incredibly strong local industry with a number of international successes as well.

“We are also trying to make sure we develop the whole value chain. We have got the potential to have a very strong animation industry in South Africa and we have had international success in that area recently. Film studios [and] distribution are areas that are critical if we want to have a strong industry.”

As a leading development finance institute in South Africa and one of the key players in Africa, the role that the IDC had been given in terms of supporting IPAP was “a very serious one”. Going forward, Shakeel saw this role not only continuing, but deepening as well. “We want to be key role players in driving the key areas that have to underpin the industrial policy. But to succeed, it’s all about partnerships. Partnership with the private sector, with various departments within the government, and partnership with the financial sector to implement various sector strategies,” he said.