Economy on a slow climb upwards

The future looks better for the South African and the world economies, though coming off low bases. It its Economic Trends report, the IDC forecasts improving growth locally…. 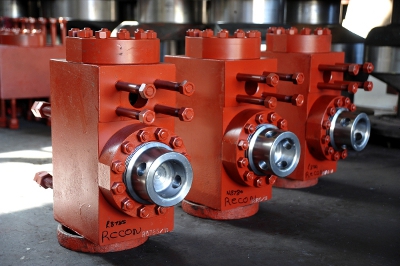 South Africa’s economy recorded a deceleration in growth in 2013 against a backdrop of the world economy showing signs of improvement, according to an Industrial Development Corporation Economic Trends report.

The report, released on 31 March by the corporation’s Department of Research and Information, paints a stark picture of the country’s economic performance in the last year. Economic growth, however, is expected to improve this year, with further acceleration in the following years.

Weak global demand for export products, unfavourable commodity prices and a difficult economic climate led to South Africa recording “a substantial deceleration in growth” to 1.9% in 2013, from 2.5% in 2012, according to the report. This was exacerbated by supply-side disruptions, mainly caused by production stoppages in some segments of the mining and manufacturing sectors.

Household expenditure was also repressed, recording only 2% growth in the fourth quarter of 2013, a result of shrinking disposable incomes, persistent high levels of household indebtedness, restrained lending by banks, and weak confidence levels. Growth in final consumption expenditure by households fell from 3.5% to 2.6% year-on-year.

Key sectors in the economy have also been struggling. The finance and business services, and retail and wholesale trade sectors – which make up a large portion of the South African economy at 21.5% and 16.6%, respectively – have been particularly affected by the declining economic environment.

The manufacturing sector, which has recorded a downward economic trend in the past three decades, isn’t showing any signs of recovery either. Manufacturing gross domestic product (GDP) fell 1.3 percentage points, from 2.1% in 2012 to 0.8% in 2013. This was mainly due to local industrial action and subdued economic conditions internationally negatively affecting the supply and demand sides, respectively.

Employment levels are also not encouraging. The report notes that the unemployment rate was at 24.1% in the fourth quarter of 2013, compared to 24.5% a year earlier. This translates to 4.83 million job losses in a year.

According to the Quarterly Employment Survey (QES), employment in the non-agricultural formal sector expanded by just over 39 000 jobs in 2013, largely the result of the expansion of the general government workforce by 39 041 to 1 977 712 in the year. The wholesale and retail trade sector also recorded some gains in employment, with its workforce increasing by 22 000.

However, about 17 000 jobs were lost in the gold mining sector.

Total employment in the manufacturing sector appears to have largely stabilised around the 1.45 million level, although the sector remains under pressure. Job losses are still being recorded, with about 2 000 jobs lost in Year 2013. Key subsectors for employment, such as food, transport equipment, and machinery have indicated that continued job shedding could be expected in the short term. Employment prospects are unlikely to change for the better in the short term, with more job losses anticipated during the second quarter this year.

Without sounding bullish, the report notes that there is room for economic expansion this year, with further acceleration in coming years. With increased demand for export products and a weaker currency as tailwinds, the performance of the manufacturing sector is likely to improve.

The world economy is showing slight signs of improvement – good news for the South African manufacturing sector and the country’s economy as a whole. Global economic activity is growing slightly, with world GDP growth expected to jump 0.7 of a percentage point in 2014, rising to 3.7% from 3% in 2013.

Of note, Japan expanded its GDP by 1.7% in real terms, up from 1.4% in 2012. The eurozone, despite its regional economy shrinking by 0.4% in Year 2013, emerged from its longest recession in the second quarter of that year.

As a group, the emerging markets and developing economies experienced slower growth in Year 2013 compared to Year 2012. China’s economy expanded by 7.7%, substantially slower than the double digit rates of expansion recorded over the past decade. Sub-Saharan Africa, on the other hand, elevated its growth rate to 5.1%, mainly on global demand for its exports, higher foreign direct investment inflows, and domestic consumption.

World trade improved last year, with export volumes rising by 2.6%, compared to 1.9% in 2012. “The rebound in industrial activity has not been even around the globe and neither have inflation trends, which were generally downward in advanced economies but the opposite in several emerging markets mostly due to sharply weaker currencies,” states the report.

But the future looks brighter for the global economy. Higher real GDP growth is expected for all major regions over the next two years and advanced economies are projected to contribute significantly to world economic growth in 2014 and 2015.

Of particular note, China is expected to continue experiencing moderate economic growth, while the medium-term outlook for Sub-Saharan Africa is quite encouraging, riding on robust infrastructure development and household consumption.