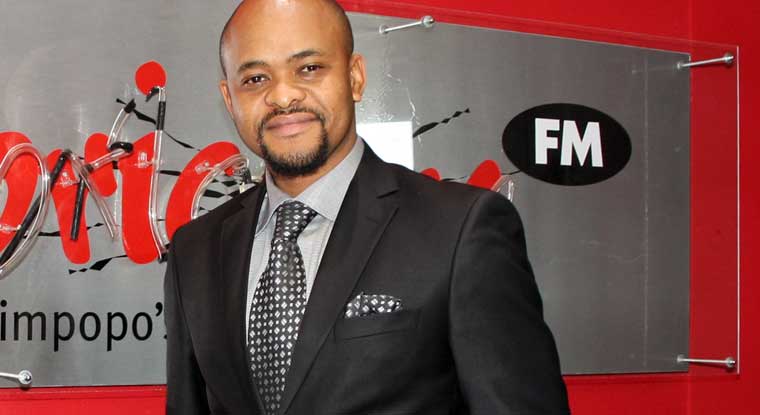 The radio market in Limpopo is saturated with stations that group the citizens of the province according to language. But two aspiring businessmen saw a gap in this fractured business model, and decided to fill it. In 2007, university friends Simphiwe Mdlalose and Given Mkhari set up Capricorn FM.

Located in the upmarket Polokwane suburb of Bendor, the station is as urban as any in Johannesburg. Staff members are young and vibrant, epitomising the urban feel of the station. Mdlalose, the station manager, says: “We met at the University of Limpopo and set up Radio Turf together during our varsity days. We had love for the medium and we hoped one day to open up a commercial radio station.

“As fate would have it, the Independent Communications Authority of South Africa was issuing licences for regional stations, so we applied. We were granted a licence and the station was launched six years ago.”

There were a few things the pair wanted to achieve. Firstly, they saw a gap for a radio station that spoke to the people of the province in a language that said the province was moving up.

Mdlalose explains: “We didn’t want to undermine what Phalaphala FM, Munghana Lonene FM and Thobela FM were doing, but we felt that the way they were programmed suggested that the province was still divided according to language, which was not our own experience … If you’re a person moving forwards you want to bridge the divide of language. We wanted people with an urban outlook but who still lived in the province.”

From a commercial point of view, they knew if they could reach these people, they would have a business case in taking this listenership, packaging it and selling it to advertisers.

Yet they also wanted to target people who were concerned about the well-being of the province. “We wanted people who could converge in wanting to do well for the province. I remember us defining ourselves as a home for the people of Limpopo for entertainment and information, a partner in development with the government, and a gateway for advertisers to the people of Limpopo,” he adds.

The station isn’t shy in lending a helping hand to the community either. Mdlalose recalls that they once helped to build a home for a destitute family living under a tree. It has also been part of partnerships through which houses, complete with furniture and ready for immediate occupation, have been handed over to beneficiaries.

“During winter, the station helps those who are homeless by going on blanket drives and making sure they keep warm in winter.”

Impact of Capricorn on radio

In 2010, when the station was less than three years old, cellphone company Vodacom held a competition with 22 media organisations which had to get South Africans involved in World Cup fever. It was an SMS campaign, whereby listeners or readers were urged to send messages of encouragement to Bafana Bafana. The media house with the most responses after 12 weeks won R500 000 for charities of their choice.

There were big players involved, including Metro FM, Highveld Stereo, Gagasi FM, Sunday Times and City Press. “They would release results every week and Highveld Stereo was on top immediately, but by week seven it was clear that it was between us and them. Capricorn FM was tipped to lose against a powerhouse station like Highveld.”

By the last week of the competition Highveld had 2 000 more responses than Capricorn, but on the last day, the Limpopo station trumped the Gauteng outfit by 10 000 SMSes.

“We divided the R500 000 for five districts in the province and identified homes we could donate R100 000 each to.” This changed how advertisers looked at the station, and they began to use this case study to show how Capricorn listeners were their target market.

Mdlalose says: “We always knew that because of our location we were going to be direct competition with radio stations in the province but our mind-set was not local; we were thinking national domination as a wholly black owned private regional commercial radio station.”

Capricorn FM’s victory has had a ripple effect to other stations that were not getting certain advertising but are now getting a slice of the action. “The first national BMW advertising campaign on a Limpopo radio station was with us,” Mdlalose says. “When it ran on Metro, it ran here.”

Shortly after the pair opened the radio station in November 2007, the world experienced the global financial crisis in 2008. “This had an impact on our business plan and it delayed it by at least 10 months,” he recalls.

“Then the rumours began. I was driving one day and I saw a poster of my face with a headline that said ‘Station runs out of cash’. This amazed me as the station was not in dire straits.” These panicked advertisers and staff, but the station held a meeting to reassure them that while it was struggling, their jobs were not in danger.

“This got settled but immediately we lost a top DJ to a car accident. A week passed and another DJ passed on.” Morale was very low at that point and there was a dark cloud hanging over Capricorn FM. “We decided to summon divine intervention by inviting pastors to the station to pray with us Within a week spirits were up and things were looking up for the station.”

“We view the IDC as a very forward-thinking development funder and partner that has helped us grow our business. They understand our vision and the dream we are trying to build … If our success can also inspire others on how great partnerships can work out and also see that a good business plan without funding can still take you places, we would be happy.”