The Industrial Development Corporation’s Research and Information department has consistently made accurate predictions – a feat for which it has been recognised by Sake 24. 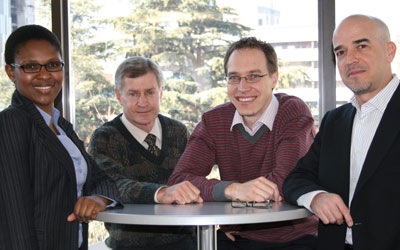 The macro-economic team of the IDC’s Research and Information department, represented by Gerhard Kuhn as its principal economic forecasting specialist, won the award for the Economist of the Year at the Sake 24 Economist of the Year function held on the evening of 6 June at the Wanderers Club in Johannesburg.

It tracked the projections made by each of the contributors on a monthly basis for a total of 12 indicators, such as growth in gross domestic product and household consumption expenditure, consumer price inflation, the balance on the current account of the balance of payments, select commodity prices and exchange rates, among others.

The IDC’s overall set of forecasts were consistently the most accurate or the closest to the actual economic data for last year.