SA’s potential to ride the storm

What a difference a year can make. September is the traditional tourism month yet the mood in the sector that two years ago not only accounted for a substantial 8,7% of Gross Domestic Product (GDP) but out-performed the global tourism index by more than 8% is relatively subdued-a far cry from the 2010 hype. 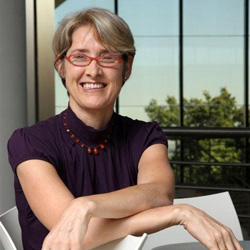 What a difference a year can make. September is the traditional tourism month yet the mood in the sector that two years ago not only accounted for a substantial 8,7% of Gross Domestic Product (GDP) but out-performed the global tourism index by more than 8% is relatively subdued-a far cry from the 2010 hype.

Understandably so: business confidence in the build-up to the 2010 soccer World Cup spectacle was so overwhelming that it masked SA’s vulnerability to the economic and financial turmoil engulfing the global financial market. Hotel, lodge and Bed and Breakfast owners keen to cash in on the anticipated influx of soccer fans embarked on various expansion projects to boost their bed capacities.

According to research by global accounting firm, PriceWaterhouse & Coopers (PWC) additional 9700 beds spread across the country and representing a 20% increase in existing capacity were added during 2008/10. As expected, tourists, soccer fans and business people alike thronged our shores to witness the globe’s biggest sports Jamboree.

Aside from the fact that SA managed to stage one of the most successful Soccer World Cup tournaments right under the noses of a debilitating financial meltdown, projected economic spin-offs from the games proved to be over the mark. Over supply of beds against demand slashed forecast earnings for contrarian hoteliers and lodge owners that hedged their bets on the 2010 boom. That was only the beginning of the downward spiral. It’s actually debatable as to whether some businesses that splurged on the world cup did indeed recoup their return on investment.

As reality of the extent of SA’s exposure to the global financial crisis filters through, the prognosis is that the local tourism sector is trapped in a rut. The fact that tourists spread in SA’s traditional Eurozone markets notably Britain, France, Germany and the Scandinavian region have borne the brunt of steep austerity measures adopted by their respective governments in the wake of the Eurozone debt crisis is not helping to lift? SA’s tourism fortunes.

Does the future carry dark forebodings for the local tourism sector? In fairness the dip in fortunes of the sector is to an extent a reflection of the cyclical nature of the tourism industry. In the aftermath of SA’s successful staging of the 2010 World Cup, fundamentals for a strong tourism sector growth are firmly in place.

SA’s technology, road network and general tourism related infrastructure rates among the best in the world and as such entrepreneurs in this sector need to adopt a more competitive pricing regime that competes favourably on the global stage in the wake of the strong Rand. They need to be more creative and innovative in positioning SA as a preferred tourist destination.

Not much leverage is being made from the country’s successful staging of the World Cup which in large measure helped to erase the negative perceptions associated with the country.

There is an acute need to shift focus from the Eurozone clientele to targeting the often savvy yet high-net worth tourists spread across the Middle East and the Asian market notably China and India. On evidence, it’s the Middle East based clients that have continued to sustain Australia’s tourism sector.

Given the local burgeoning middle-income group, entrepreneurs need to focus on improving distinctive domestic tourism offerings throughout the country and tapping into the broader African market. The fact that the national carrier has landing slots in Nigeria and Ghana-West Africa’s economic power basis – is encouraging to SA’s tourism prospects.

In its effort to rekindle fortunes of the sector, development financier, the Industrial Development Corporation (IDC) whose tourism portfolio has swollen to R2,4bn has shifted its strategy from investing in the conventional hotel accommodation and B&B’s to funding opportunities in niche, adventure, sports tourism and community based projects with potential to create jobs.

Accommodation development will now focus on less developed areas outside of the Johannesburg, Durban and Cape Town areas, which are currently in oversupply, and will include niche areas such as the backpacker market. Also, there is huge potential for SA hoteliers to branch out onto the rest of the African continent where appropriate accommodation facilities are sorely lacking.

That the sector, currently in a sickly (maybe too strong word?) state, has potential for recovery is indisputable. The question however is, how long can the pain last.

The IDC has R1, 9-bn earmarked for disbursement to distressed but high impact businesses.